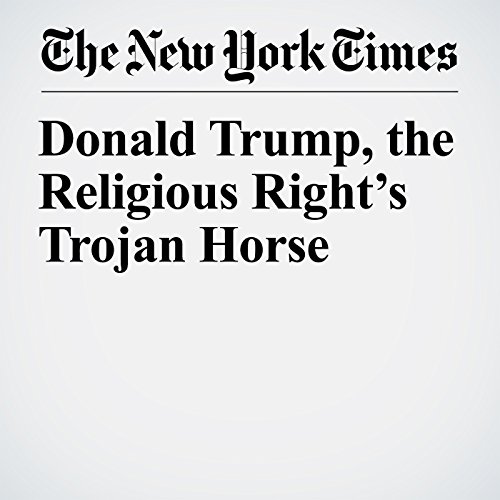 Once Trump seized the Republican nomination, religious conservatives realized that their only path to federal influence lay in a bargain with this profane, thrice-married Manhattan sybarite. So they got in line, ultimately proving to be Trump’s most loyal backers.

"Donald Trump, the Religious Right’s Trojan Horse" is from the January 27, 2017 Opinion section of The New York Times. It was written by Michelle Goldberg and narrated by Keith Sellon-Wright.