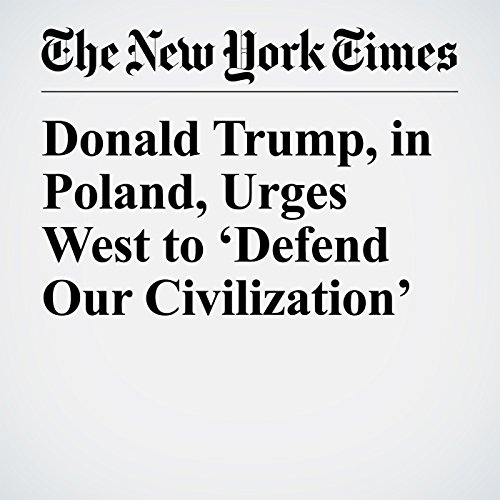 President Donald Trump signaled a tougher line against Russia on Thursday, a day before his first face-to-face meeting with its president, Vladimir Putin — but he still refused to concede that Moscow was solely responsible for interference in the 2016 election.

"Donald Trump, in Poland, Urges West to ‘Defend Our Civilization’" is from the July 06, 2017 World section of The New York Times. It was written by Glenn Thrush and Julie Hirschfeld Davis and narrated by Keith Sellon-Wright.