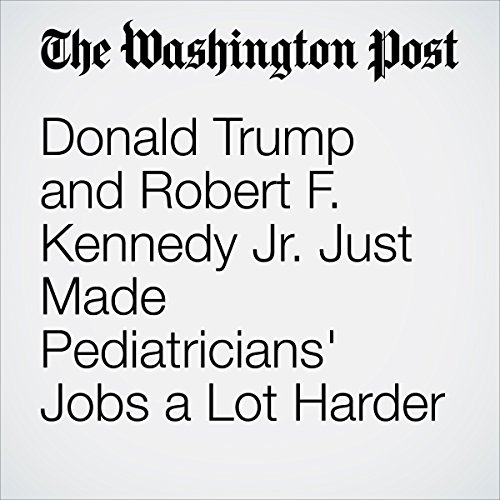 Yesterday, Robert F. Kennedy Jr. announced that Trump had asked him to head a commission to study the safety of vaccines. Saying “we ought to be debating the science,” as he left Trump Tower, Kennedy caused grave concern for those of us who truly understand that science. A proponent of the thoroughly-debunked theory that vaccines cause autism, Kennedy’s implication that any real debate exists is genuinely troubling.

"Donald Trump and Robert F. Kennedy Jr. Just Made Pediatricians' Jobs a Lot Harder" is from the January 11, 2016 Opinion section of The Washington Post. It was written by Daniel Summers and narrated by Jenny Hoops.