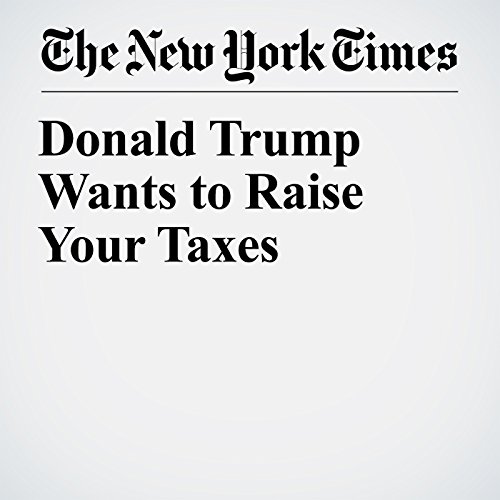 "Donald Trump Wants to Raise Your Taxes" is from the October 29, 2017 Opinion section of The New York Times. It was written by David Leonhardt and narrated by Kristi Burns.