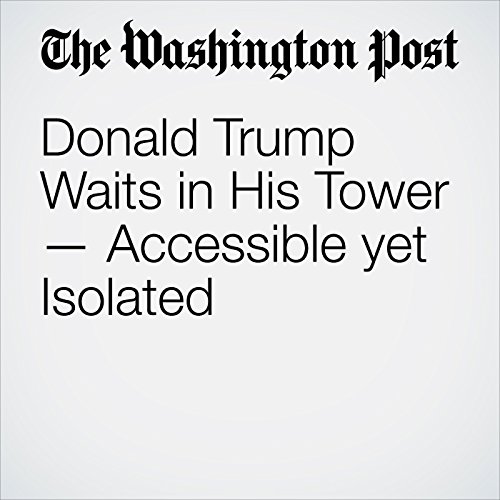 Donald Trump Waits in His Tower — Accessible Yet Isolated

Exactly one week after becoming president-elect, Donald Trump stepped outside his namesake fortress here for the first time. He ventured just five blocks, to dinner at the 21 Club — a dark-mahogany-and-red-leather-banquette throwback, where model airplanes and sports memorabilia hang from the ceiling and jackets are de rigueur for men.

"Donald Trump Waits in His Tower — Accessible Yet Isolated" is from the January 17, 2016 Politics section of The Washington Post. It was written by Ashley Parker and Philip Rucker and narrated by Jenny Hoops.