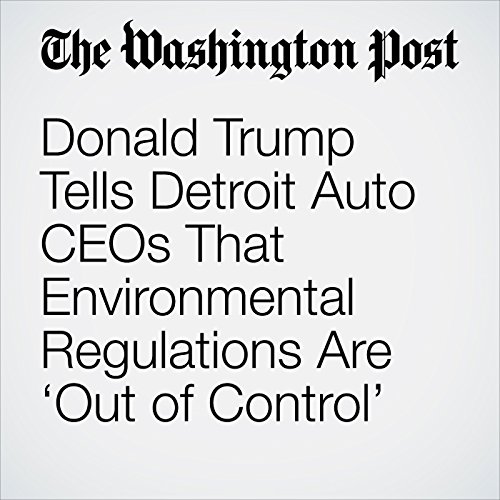 President Trump told leaders of the country’s largest automakers Tuesday that he will curtail “unnecessary” environmental regulations and make it easier to build plants in the U.S., changes that he expects will shore up the manufacturing jobs he repeatedly promised to voters on the campaign trail.

"Donald Trump Tells Detroit Auto CEOs That Environmental Regulations Are ‘Out of Control’" is from the January 24, 2017 Tech section of The Washington Post. It was written by Steven Overly and narrated by Sam Scholl.