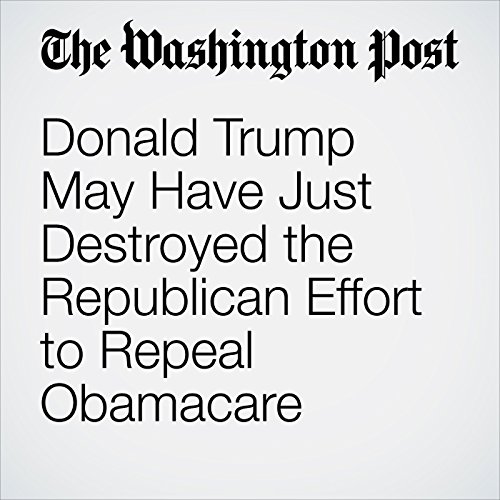 As he has developed a replacement package, Trump said he has paid attention to critics who say that repealing Obamacare would put coverage at risk for more than 20 million Americans covered under the law’s insurance exchanges and Medicaid expansion.

"Donald Trump May Have Just Destroyed the Republican Effort to Repeal Obamacare " is from the January 16, 2017 Opinion section of The Washington Post. It was written by Paul Waldman and narrated by Sam Scholl.