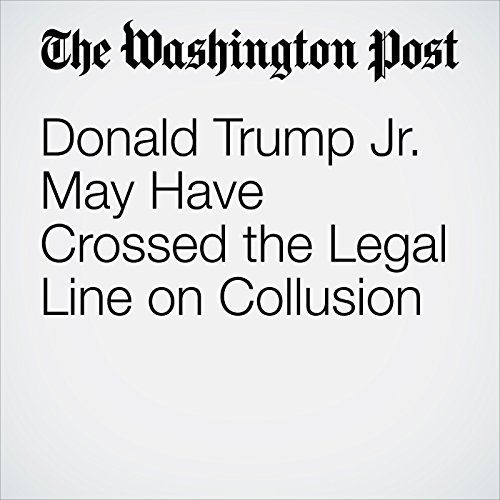 The New York Times reported — and Donald Trump Jr. appeared to confirm — that he agreed to a meeting with a Russian lawyer who had damaging information on Hillary Clinton after getting an email that the Russian government was trying to help his father win the election.

"Donald Trump Jr. May Have Crossed the Legal Line on Collusion" is from the July 11, 2017 The Fix section of The Washington Post. It was written by Amber Phillips and narrated by Barbara Benjamin-Creel.