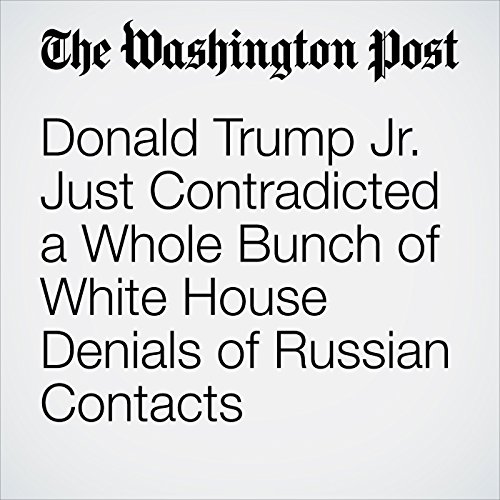 The news, which was first reported by the New York Times, represents the most direct suggestion to date of possible collusion between the Trump campaign and Russia, and it is the first indication that someone from President Trump's inner circle met with Russians during the campaign. Trump Jr. also brought then-campaign chairman Paul Manafort and Trump's son-in-law and now-top White House adviser Jared Kushner to the meeting.

"Donald Trump Jr. Just Contradicted a Whole Bunch of White House Denials of Russian Contacts" is from the July 10, 2017 The Fix section of The Washington Post. It was written by Aaron Blake and narrated by Sam Scholl.