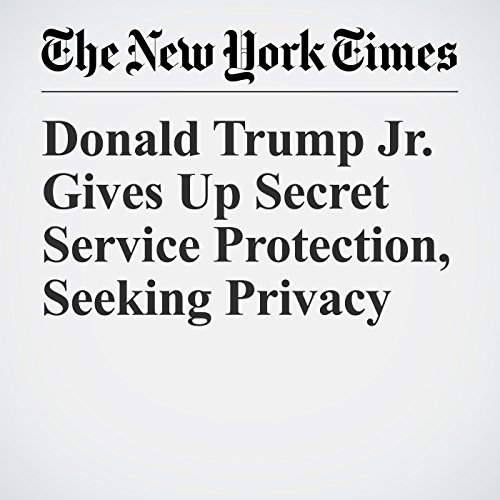 Donald Trump Jr., the president’s eldest son, has elected to forgo protection by the Secret Service, according to a senior administration official, and another top White House official is losing hers.

"Donald Trump Jr. Gives Up Secret Service Protection, Seeking Privacy" is from the September 18, 2017 U.S. section of The New York Times. It was written by Nicholas Fandos and Maggie Haberman and narrated by Keith Sellon-Wright.