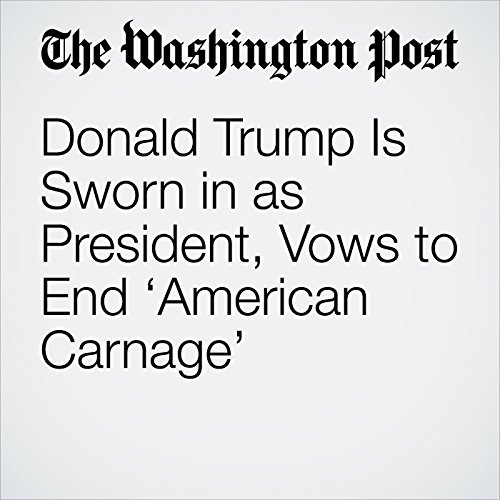 Donald John Trump was sworn in Friday as the 45th president of the United States, after which he delivered a dark but ambitious speech promising to throw out entrenched Washington elites, end “American carnage” in cities and restore jobs lost to shuttered factories.

"Donald Trump Is Sworn in as President, Vows to End ‘American Carnage’" is from the January 20, 2017 U.S. section of The Washington Post. It was written by David A. Fahrenthold, Robert Costa and John Wagner and narrated by Jill Melancon.