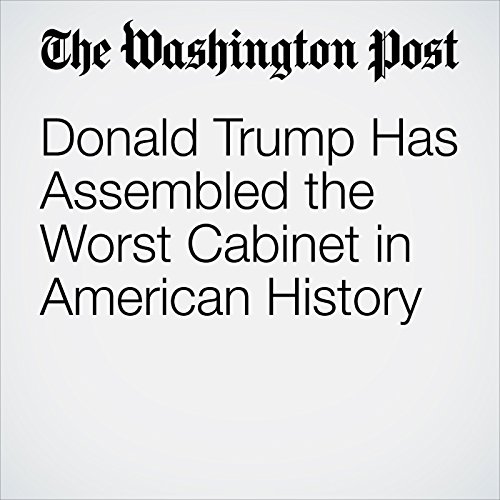 Any time a new administration comes into office, there will be some complaining about the new president’s cabinet picks. But we’re seeing something extraordinary happening now. Donald Trump’s cabinet brings with it a combination of ethical problems, inexperience, hostility to the missions of the departments its members are being called to lead, and plain old ignorance that is simply unprecedented.

"Donald Trump Has Assembled the Worst Cabinet in American History" is from the January 19, 2017 Opinion section of The Washington Post. It was written by Paul Waldman and narrated by Sam Scholl.