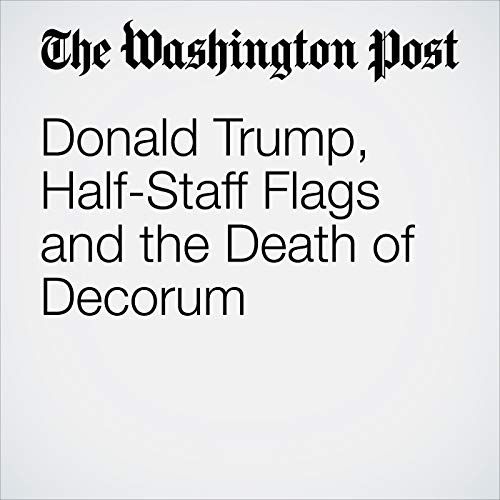 A person’s smallness is sometimes clearest in the smallest of moments, which is maybe why President Trump’s initial refusal to fly the White House flags at half-staff until Sen. John McCain’s interment became Monday’s biggest story. As it turns out, flag-gate was a congruous coda to a weekend of warring over the late senator’s legacy. We’ve been arguing over symbols all along.

"Donald Trump, Half-Staff Flags and the Death of Decorum" is from the August 28, 2018 Opinion section of The Washington Post. It was written by Molly Roberts and narrated by Sam Scholl.