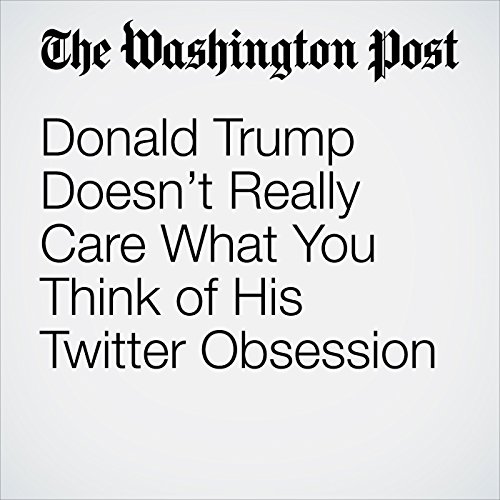 For Trump, Twitter is, essentially a news network all his own. He’s got tens of millions of followers across a variety of social media sites. He can broadcast a message to those millions of people at any hour of the night or day and be sure they are seeing it. It’s a direct line to the American public. It’s his megaphone and his “fact” checker.

"Donald Trump Doesn’t Really Care What You Think of His Twitter Obsession" is from the March 16, 2017 Politics section of The Washington Post. It was written by Chris Cillizza and narrated by Jill Melancon.