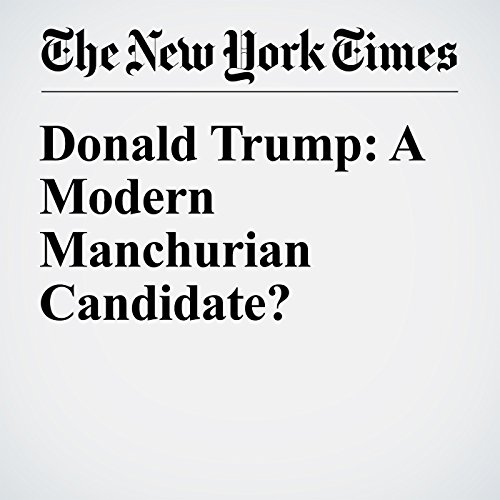 At the same time that Trump continues to exhibit paranoia about American intelligence agencies, he displays a trust verging on gullibility in the mendacious and murderous government of President Vladimir V. Putin. “Russia just said,” he tweeted, “unverified report paid for by political opponents is ‘A COMPLETE AND TOTAL FABRICATION, UTTER NONSENSE.’ Very unfair!”

Well, yes, of course Russia said that. But why should anyone believe what Putin says?

"Donald Trump: A Modern Manchurian Candidate?" is from the January 11, 2017 Opinion section of The New York Times. It was written by Max Boot and narrated by Caroline Miller.