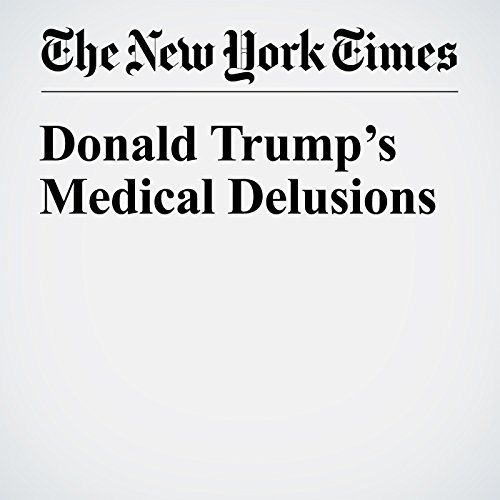 Some Republicans appear to be realizing that their long con on Obamacare has reached its limit. Chanting “repeal and replace” may have worked as a political strategy, but coming up with a conservative replacement for the Affordable Care Act — one that doesn’t take away coverage from tens of millions of Americans — isn’t easy. In fact, it’s impossible.

"Donald Trump’s Medical Delusions" is from the January 12, 2017 Opinion section of The New York Times. It was written by Paul Krugman and narrated by Caroline Miller.