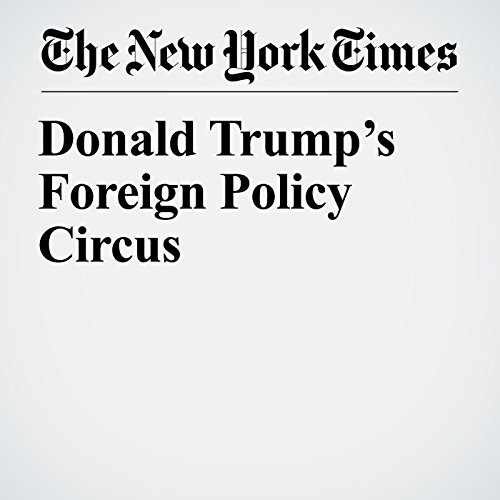 Another day, another embarrassing foreign policy circus in the nation’s capital that can only further erode trust in American leadership at home and abroad. At its center is Rex Tillerson, who traded his job as top dog at the oil giant ExxonMobil to become secretary of state, only to find himself substantively and personally undercut by President Donald Trump as recently as Sunday on the issue of Korea, where Tillerson wanted negotiations as Trump threatened war.

"Donald Trump’s Foreign Policy Circus" is from the October 04, 2017 Opinion section of The New York Times. It was written by The Editorial Board and narrated by Fleet Cooper.