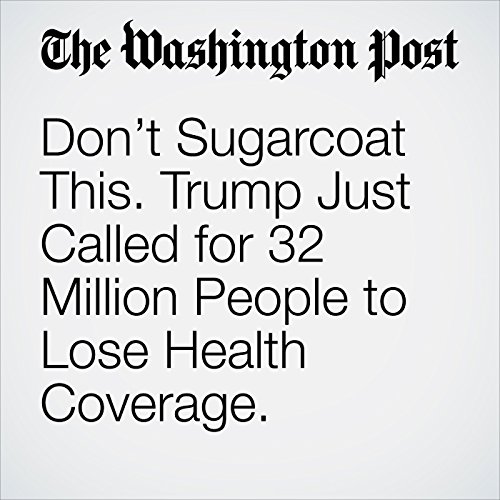 President Trump’s profound ignorance about policy and the inner workings of our system, and his total disinterest in informing himself about these topics, have produced an unfortunate result: Many of his tweets about matters of substance tend to get ignored as Trump just being Trump. Meanwhile, the viscerally disgusting insults (such as the one claiming Mika Brzezinski bled from her face-lift) make international news.

"Don’t Sugarcoat This. Trump Just Called for 32 Million People to Lose Health Coverage." is from the June 30, 2017 Opinion section of The Washington Post. It was written by Greg Sargent and narrated by Kristi Burns.