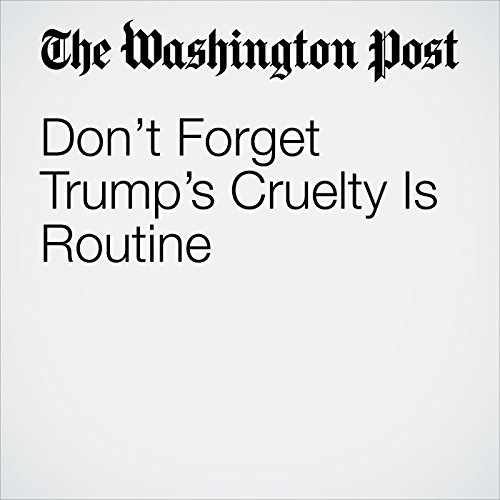 President Trump has a special animus toward immigrants, but the children of those crossing our borders are not the only vulnerable people in his sights. His administration is waging a less visible war on our nation’s poorest citizens, with the complicity of its Republican allies in Congress.

"Don’t Forget Trump’s Cruelty Is Routine" is from the June 24, 2018 Opinion section of The Washington Post. It was written by E.J. Dionne Jr. and narrated by Sam Scholl.