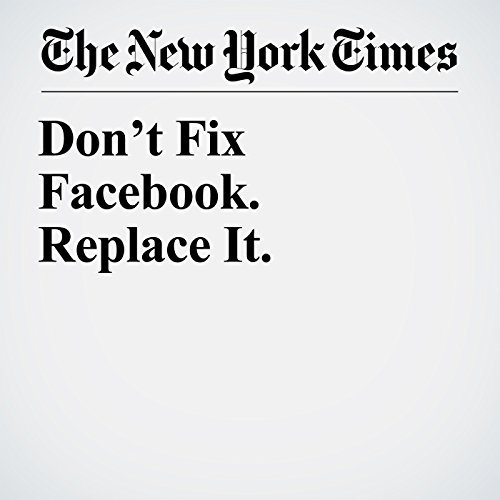 After years of collecting way too much data, Facebook has finally been caught in the facilitation of one privacy debacle too many. When Mark Zuckerberg, the company’s chief executive, testifies before Congress, which he plans to do this month, lawmakers will no doubt ask how Facebook might restore the public’s trust and whether it might accept some measure of regulation. Yet in the big picture, these are the wrong questions to be asking.

"Don’t Fix Facebook. Replace It." is from the April 04, 2018 Opinion section of The New York Times. It was written by Tim Wu and narrated by Keith Sellon-Wright.