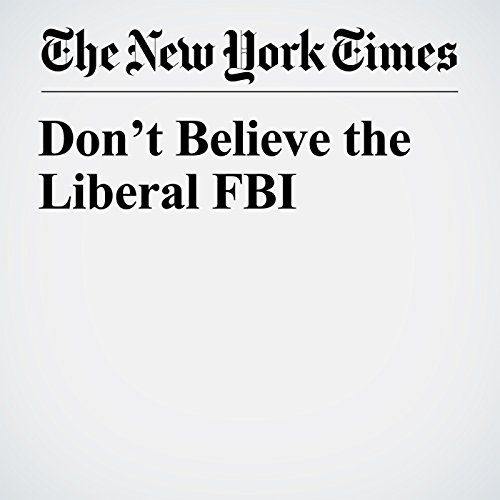 In the 1960s and 1970s, the American right set about undermining trust in the mainstream media, which it saw as dangerously infected with liberal assumptions. Later, in debates over evolution and the environment, some on the right attacked the validity of modern science.

"Don’t Believe the Liberal FBI" is from the February 01, 2018 Opinion section of The New York Times. It was written by Michelle Goldberg and narrated by Barbara Benjamin-Creel.