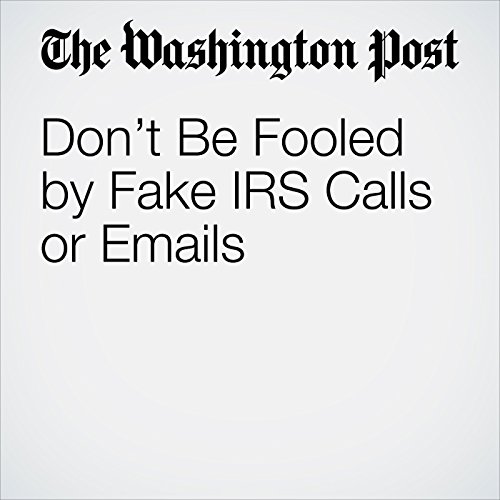 Don’t Be Fooled by Fake IRS Calls or Emails

The 2018 tax season officially opens today. And with the season comes the scams. One scam, which often targets seniors, just won’t die. It involves criminals pretending to be from the Internal Revenue Service and scaring people into sending them money for fictitious tax bills.

"Don’t Be Fooled by Fake IRS Calls or Emails" is from the January 29, 2018 Business section of The Washington Post. It was written by Michelle Singletary and narrated by Sam Scholl.