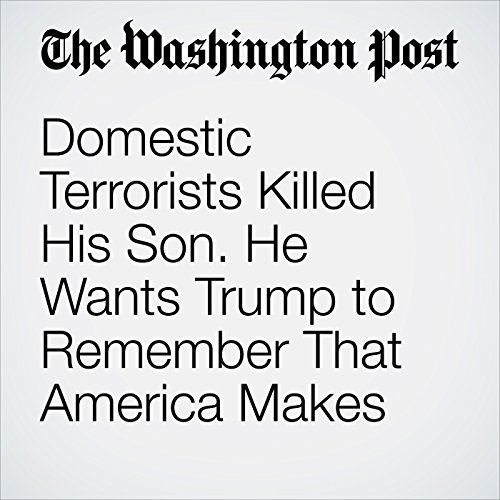 Brandon Paudert, a seven-year veteran officer with the West Memphis Police Department, was killed in 2010 alongside his partner, Bill Evans, during a routine traffic stop on Interstate 40. The officers were fatally shot by a 16-year-old, Joseph T. Kane, and his father, Jerry R. Kane Jr., 45, both of them members of the sovereign citizens movement — a far-right, antigovernment group whose adherents believe they’re constitutionally exempt from U.S. laws.

"Domestic Terrorists Killed His Son. He Wants Trump to Remember That America Makes Extremists, Too." is from the February 23, 2017 National section of The Washington Post. It was written by Peter Holley and narrated by Jenny Hoops.