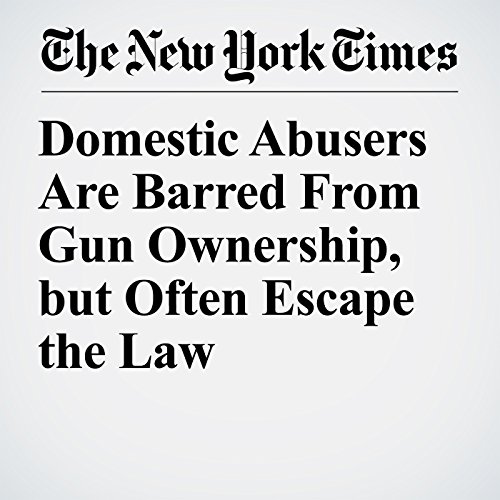 In 1996, after a concerted push from Sen. Frank Lautenberg of New Jersey, Congress made it illegal for anyone convicted of domestic abuse — even a misdemeanor — to buy a firearm. Yet in the two decades since, a large percentage of the perpetrators of mass shootings and other violent crimes have had run-ins with the law over spousal abuse — and have had little problem acquiring deadly arsenals.

"Domestic Abusers Are Barred From Gun Ownership, but Often Escape the Law" is from the November 06, 2017 U.S. section of The New York Times. It was written by Sheryl Gay Stolberg and narrated by Keith Sellon-Wright.