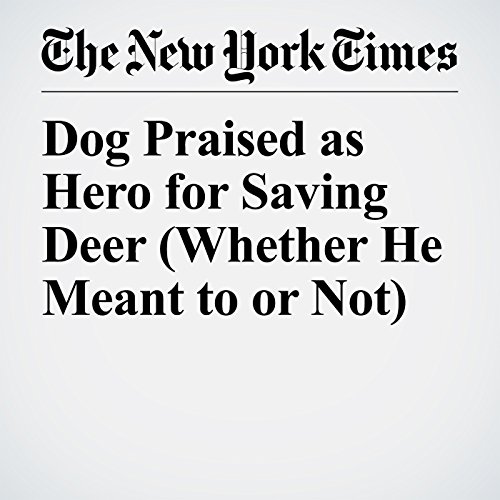 “Good boy, Storm!” a man’s voice says in the video, calling to a golden retriever paddling toward a brown lump bobbing in the water of Port Jefferson Harbor off Long Island. Taking it in his mouth, the dog hauls it toward the beach, a moment filmed by his owner on Sunday that has been seen by 5.2 million and counting on Facebook.

"Dog Praised as Hero for Saving Deer (Whether He Meant to or Not)" is from the July 18, 2017 U.S. section of The New York Times. It was written by Sarah Maslin Nir and narrated by Kristi Burns.