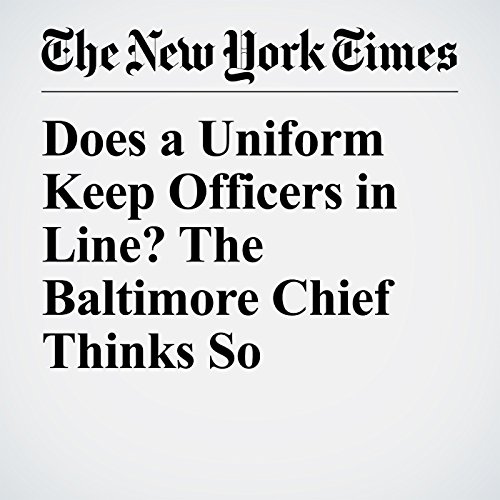 In March, the Baltimore police commissioner, Kevin Davis, abruptly disbanded plainclothes teams — known here as knockers or jump-out boys — after seven members of a gun task force were indicted on federal charges of stealing drugs, guns and money. One is accused of moonlighting as a heroin dealer.

"Does a Uniform Keep Officers in Line? The Baltimore Chief Thinks So" is from the April 14, 2017 U.S. section of The New York Times. It was written by Sheryl Gay Stolberg and narrated by Barbara Benjamin-Creel.