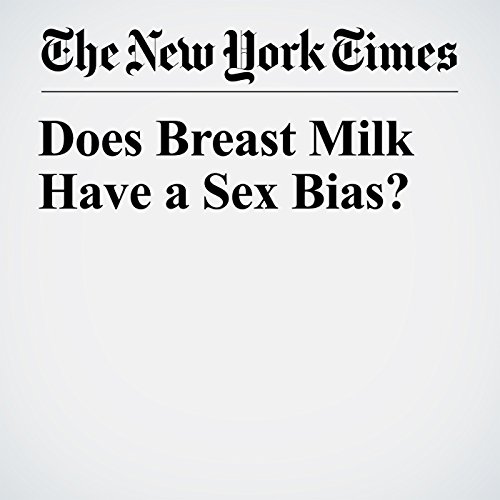 In 1973, the biologist Robert Trivers and the computer scientist Dan Willard made a striking prediction about parents and their offspring. According to the principles of evolutionary theory, they argued, the male-to-female ratio of offspring should not be 50-50 (as chance would dictate), but rather should vary as a function of how good (or bad) the conditions are in which the parents find themselves.

"Does Breast Milk Have a Sex Bias?" is from the January 20, 2017 Opinion section of The New York Times. It was written by Nancy L. Segal and Satoshi Kanazawa and narrated by Fleet Cooper.