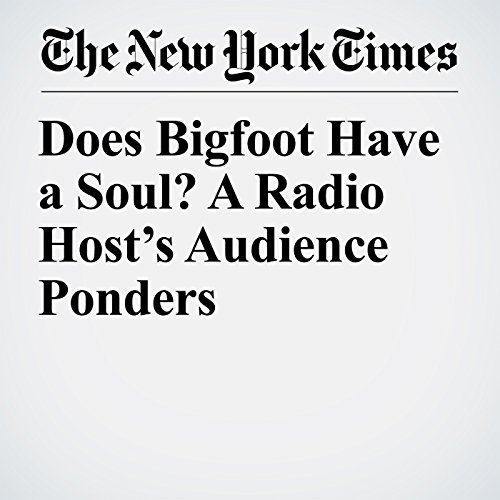 Does Bigfoot Have a Soul? A Radio Host’s Audience Ponders

When the CIA released hundreds of thousands of declassified files online in January, the contents probably seemed far-fetched to most people. Included in the cache were documents about UFO sightings, demonstrations of psychic abilities and reports of a Georgian man with magical healing powers.

"Does Bigfoot Have a Soul? A Radio Host’s Audience Ponders" is from the February 20, 2017 Business section of The New York Times. It was written by Jonah Engel Bromwich and Bonnie Wertheim and narrated by Keith Sellon-Wright.