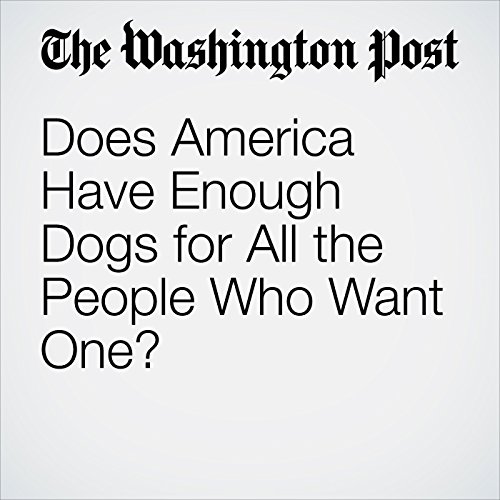 The study found that the number of dogs euthanized in American animal shelters­ has dropped to fewer than 780,000 per year, and that shelters take in more than 5.5 million dogs each year.

"Does America Have Enough Dogs for All the People Who Want One?" is from the February 08, 2017 Animalia section of The Washington Post. It was written by Kim Kavin and narrated by Jenny Hoops.