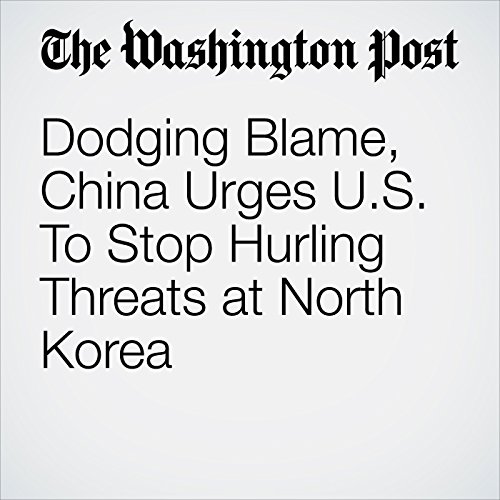 But in Beijing, the story is told very differently. Here, a large slice of the blame goes to Washington for its consistently hostile attitude toward North Korea, which in China’s view has only encouraged the regime to invest in and accelerate its nuclear weapons program.

"Dodging Blame, China Urges U.S. To Stop Hurling Threats at North Korea" is from the August 10, 2017 Asia & Pacific section of The Washington Post. It was written by Simon Denyer and narrated by Sam Scholl.