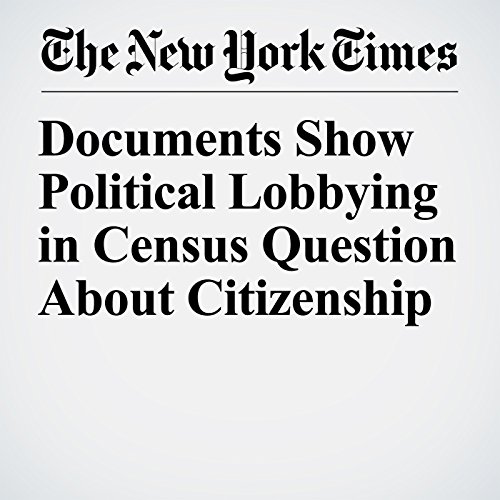 Documents released in a lawsuit attempting to block the inclusion of a question about citizenship in the 2020 census show lobbying by anti-immigration hard-liners for the question’s inclusion, and resistance on the part of some census officials to asking it.

"Documents Show Political Lobbying in Census Question About Citizenship" is from the June 09, 2018 U.S. section of The New York Times. It was written by Liz Robbins and narrated by Barbara Benjamin-Creel.