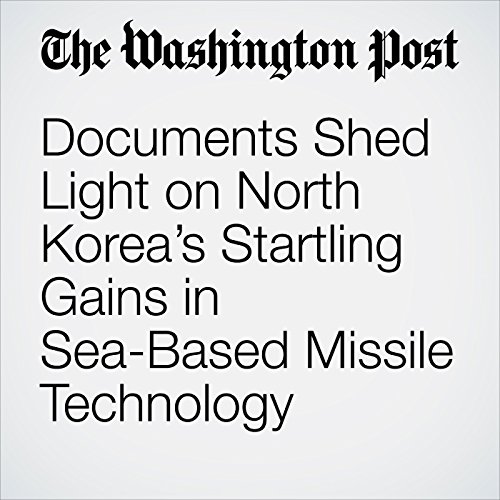 A few months after the collapse of the Soviet Union, a group of American investors and Russian scientists struck a deal to begin marketing one of the crown jewels of Moscow’s strategic arsenal: an entire family of missiles designed for launch from submarines.

"Documents Shed Light on North Korea’s Startling Gains in Sea-Based Missile Technology" is from the December 27, 2017 World section of The Washington Post. It was written by Joby Warrick and narrated by Sam Scholl.