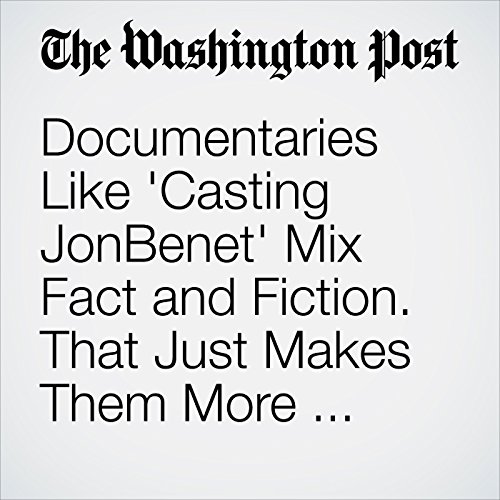 The film doesn’t reinvestigate the case. Instead, Green traveled to Ramsey’s home town to learn about the memories and conspiracy theories of the people who live there. She wasn’t interested in the truth of the case so much as deeper truths about human nature — and she made her movie using elements from traditionally fictional films. She had actors in costumes reenact unverifiable episodes on sets that looked like the Ramseys’ house. The movie doesn’t even contain archival footage.

"Documentaries Like 'Casting JonBenet' Mix Fact and Fiction. That Just Makes Them More Honest." is from the April 28, 2017 Entetainment section of The Washington Post. It was written by Stephanie Merry and narrated by Sam Scholl.