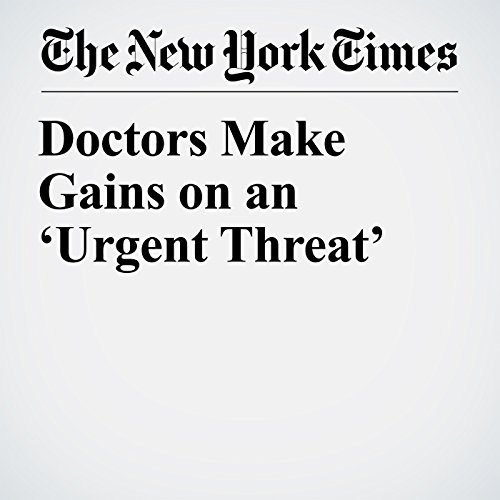 Tom Bocci’s encounter with a bacterium he had never heard of began in April, when his doctor suggested a test for prostate cancer. Because the results appeared slightly abnormal, Bocci underwent a biopsy, taking antibiotics beforehand as a standard precaution against infection.

"Doctors Make Gains on an ‘Urgent Threat’" is from the February 13, 2017 Science section of The New York Times. It was written by Paula Span and narrated by Fleet Cooper.