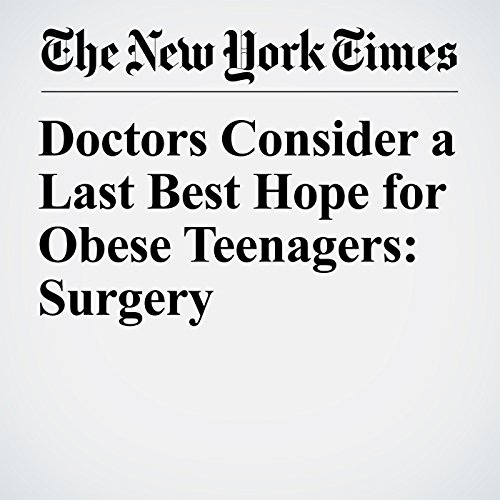 While the number of adolescents who are overweight or obese has leveled off in recent years, the number who are severely obese — heavy enough to qualify for bariatric surgery — has nearly doubled from 1999 to 2014, according to national data, going from 5.2 to 10.2 percent of all adolescents age 12 to 19.

"Doctors Consider a Last Best Hope for Obese Teenagers: Surgery" is from the February 27, 2017 Science section of The New York Times. It was written by Gina Kolata and narrated by Caroline Miller.