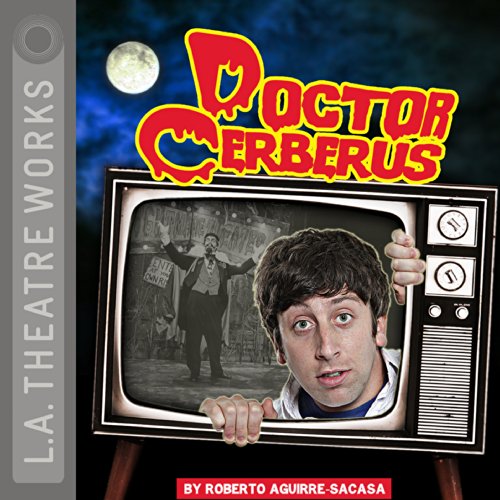 A coming-of-age, coming-out cocktail with a twist of terror. Thirteen-year-old Franklin Robertson is trying to survive adolescence. His parents don’t understand him, his brother torments him, he has no friends, and he’s more interested in the high school quarterback than any girl. The one bright spot in his life is the glow of the black-and-white TV in his parents’ basement. Here, he worships at the altar of the Saturday Night Horror Movie, hosted by the eerie Dr. Cerberus. Before long, Franklin is convinced that only by going on the show will his life be redeemed - by Dr. Cerberus himself!

Directed by Bart DeLorenzo. Recorded before a live audience at the Skirball Cultural Center, Los Angeles.

Doctor Cerberus is part of L.A. Theatre Works’ Relativity Series featuring science-themed plays. Major funding for the Relativity Series is provided by the Alfred P. Sloan Foundation to enhance public understanding of science and technology in the modern world.