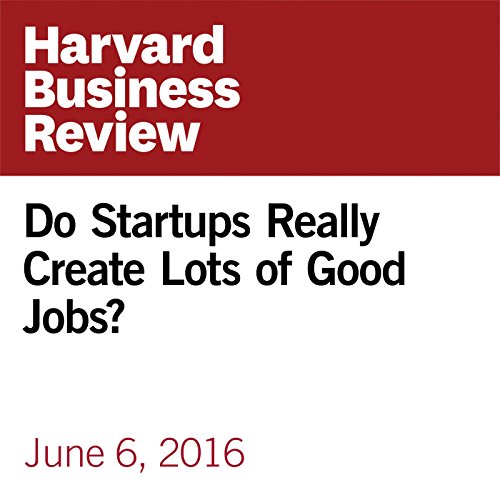 We have all seen how repetition of a particular statement or idea tends to lend it legitimacy - the so-called “truth effect.” This effect is likely strengthened when the assertion is made in a serious context by intelligent people with authority. Consider the idea, increasingly an assumption of fact, that “startups create jobs.” Since President Obama exhorted Americans to create startups, and the US government, the Kauffman Foundation, and other partners launched the Startup America Partnership (which launch I attended), startups have been increasingly put forward as drivers of economic growth, in large part because it’s become accepted as fact that startups create jobs. But do they?

"Do Startups Really Create Lots of Good Jobs?" is from hbr.org, published on June 6, 2016.