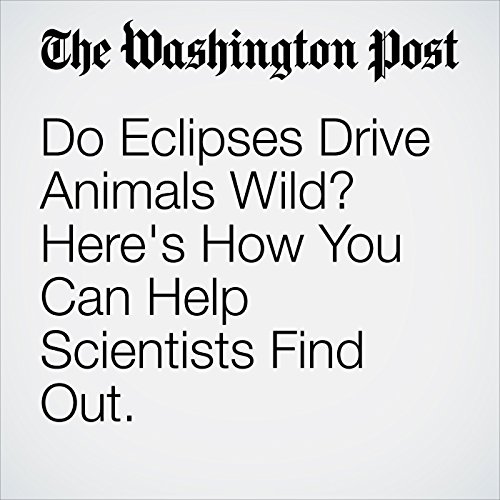 Do Eclipses Drive Animals Wild? Here's How You Can Help Scientists Find Out.

In 1994, Doug Duncan was standing on the Bolivian Altiplano with of group of fellow astronomers. The scientists had come to witness a total solar eclipse, and as such, most of their gazes were turned skyward as the totality approached. That is, until a woman starting shouting, “Look down! Look down!”

"Do Eclipses Drive Animals Wild? Here's How You Can Help Scientists Find Out." is from the August 07, 2017 Animalia section of The Washington Post. It was written by Jason Bittel and narrated by Sam Scholl.