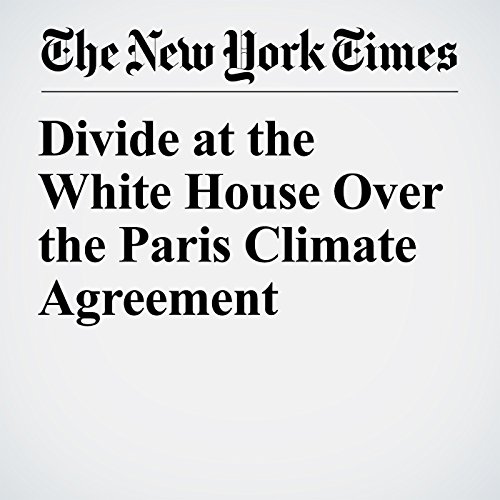 Divide at the White House Over the Paris Climate Agreement

The White House is fiercely divided over President Donald Trump’s campaign promise to “cancel” the Paris agreement, the 2015 accord that binds nearly every country to curb global warming, with more moderate voices maintaining that he should stick with the agreement despite his campaign pledge.

"Divide at the White House Over the Paris Climate Agreement" is from the March 02, 2017 U.S. section of The New York Times. It was written by Coral Davenport and narrated by Caroline Miller.