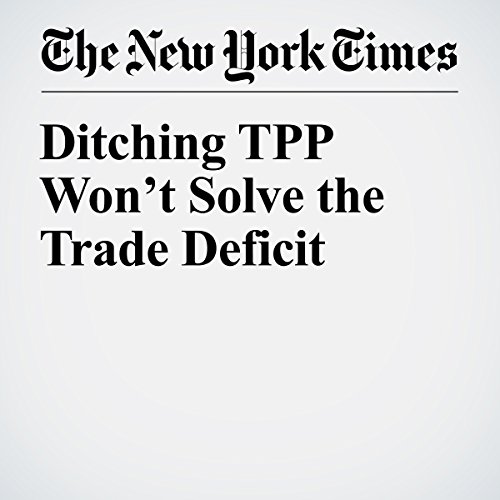 Ripping up trade deals won’t achieve much. A new study by the nonpartisan Congressional Budget Office found that estimates of the impact of “trade agreements on the U.S. trade balance are very small and highly uncertain.” Large tariffs are also unlikely to help. Yes, they’ll lower imports, but they’ll probably lower exports as well, both through a stronger dollar and through retaliatory tariffs from our trading partners.

"Ditching TPP Won’t Solve the Trade Deficit" is from the January 23, 2017 Opinion section of The New York Times. It was written by Jared Bernstein and narrated by Caroline Miller.