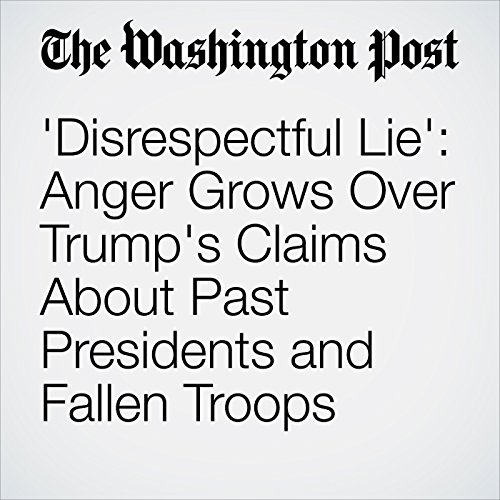 Anger sparked by President Trump’s false claims on Monday that Barack Obama and other past presidents did not reach out to families of fallen American troops swelled into the night.

" 'Disrespectful Lie': Anger Grows Over Trump's Claims About Past Presidents and Fallen Troops" is from the October 17, 2017 U.S. section of The Washington Post. It was written by Travis M. Andrews and narrated by Sam Scholl.