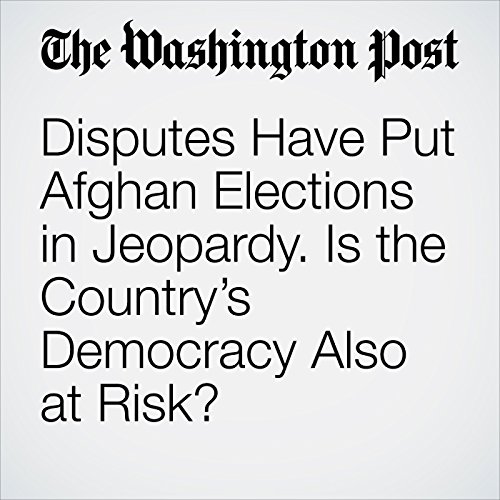 Disputes Have Put Afghan Elections in Jeopardy. Is the Country’s Democracy Also at Risk?

The last time Afghanistan held national elections, in 2014, the result was a disaster. So widespread were charges of fraud and so tainted was the outcome that the country reached the brink of civil war. Secretary of State John F. Kerry finally intervened, forcing the two main contenders to form a temporary government that has been wracked by internal divisions ever since.

"Disputes Have Put Afghan Elections in Jeopardy. Is the Country’s Democracy Also at Risk?" is from the December 12, 2017 World section of The Washington Post. It was written by Pamela Constable and narrated by Sam Scholl.