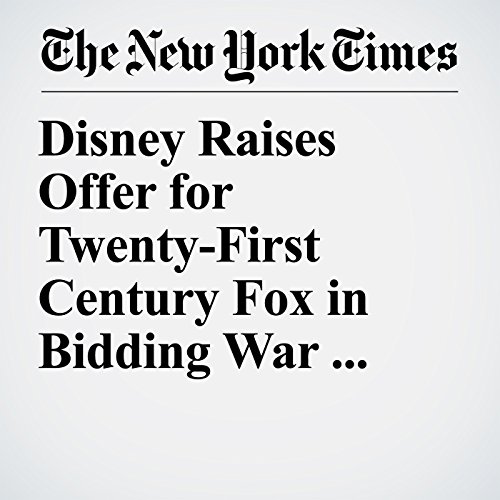 The Walt Disney Co. sharply increased its offer for Twenty-First Century Fox on Wednesday as it looks to win a bidding war with Comcast for Rupert Murdoch’s entertainment conglomerate.

"Disney Raises Offer for Twenty-First Century Fox in Bidding War With Comcast" is from the June 20, 2018 Business section of The New York Times. It was written by Edmund Lee and Prashant S. Rao and narrated by Keith Sellon-Wright.