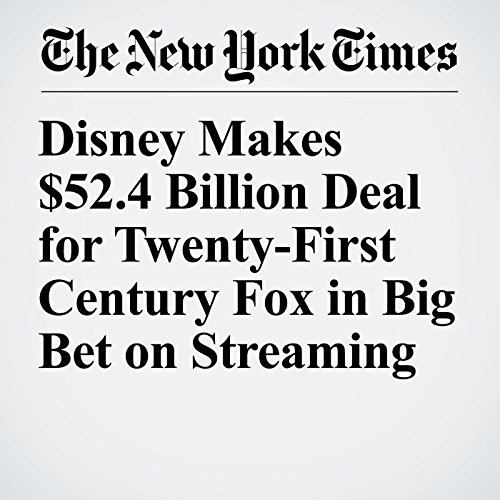 The Walt Disney Co. said Thursday that it had reached a deal to buy most of the assets of Twenty-First Century Fox, the conglomerate controlled by Rupert Murdoch, in an all-stock transaction valued at roughly $52.4 billion.

"Disney Makes $52.4 Billion Deal for Twenty-First Century Fox in Big Bet on Streaming" is from the December 14, 2017 Business section of The New York Times. It was written by Brooks Barnes and narrated by Kristi Burns.