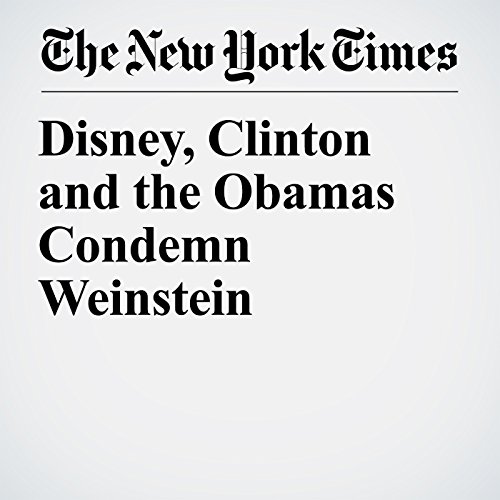 As actresses came forward publicly on Tuesday with vivid accounts of sexual harassment by Harvey Weinstein stretching back decades, questions arose about Disney, which owned his Miramax studio when some of the harassment was alleged to have taken place.

"Disney, Clinton and the Obamas Condemn Weinstein" is from the October 10, 2017 Business section of The New York Times. It was written by Brooks Barnes and narrated by Keith Sellon-Wright.