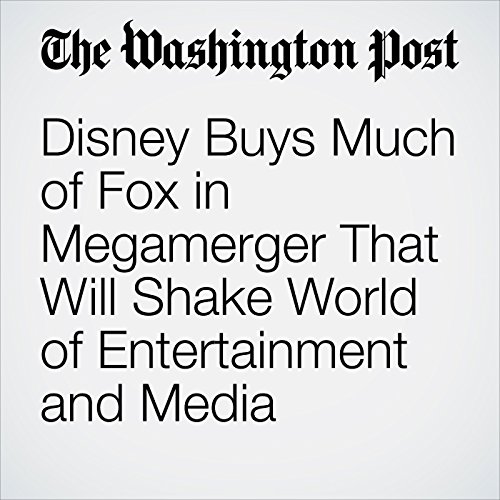 The Walt Disney Company, an entertainment firm as sprawling as one of its landmark theme parks, has pulled off one of the largest media mergers in history by acquiring the majority of assets from rival 21st Century Fox.

"Disney Buys Much of Fox in Megamerger That Will Shake World of Entertainment and Media" is from the December 14, 2017 Business section of The Washington Post. It was written by Steven Zeitchik and narrated by Sam Scholl.