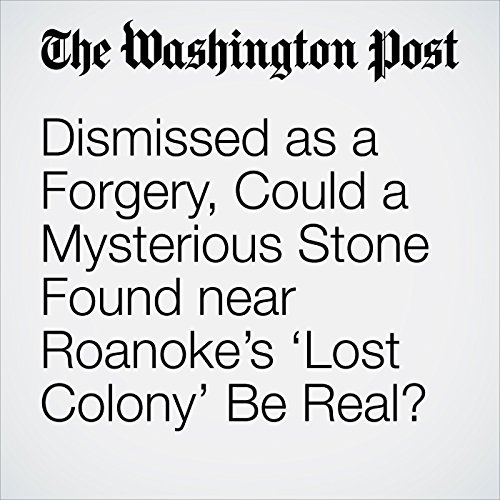 Americans celebrated the nation’s birth this week, and one of the mysteries of its founding may soon be illuminated. This fall, new research may confirm the authenticity of an engraved stone found near the “Lost Colony” of Roanoke — a stone dismissed for decades as a forgery.

"Dismissed as a Forgery, Could a Mysterious Stone Found near Roanoke’s ‘Lost Colony’ Be Real?" is from the July 05, 2018 National section of The Washington Post. It was written by Gillian Brockell and narrated by Sam Scholl