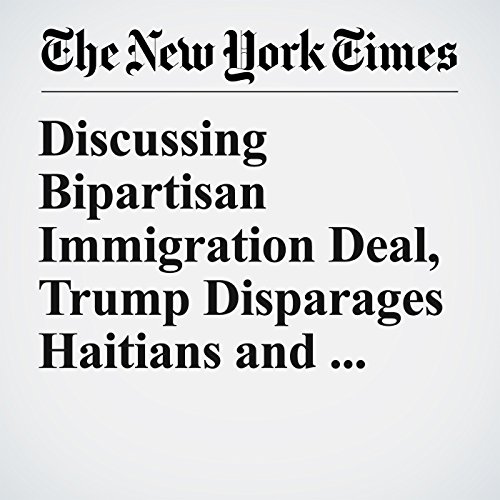 President Donald Trump on Thursday balked at an immigration deal that would include protections for people from Haiti and some nations in Africa, demanding to know at a White House meeting why he should accept immigrants from “shithole countries” rather than from places like Norway, according to people with direct knowledge of the conversation.

"Discussing Bipartisan Immigration Deal, Trump Disparages Haitians and Africans" is from the January 12, 2018 U.S. section of The New York Times. It was written by Julie Hirschfeld Davis, Sheryl Gay Stolberg and Thomas Kaplan and narrated by Barbara Benjamin-Creel.