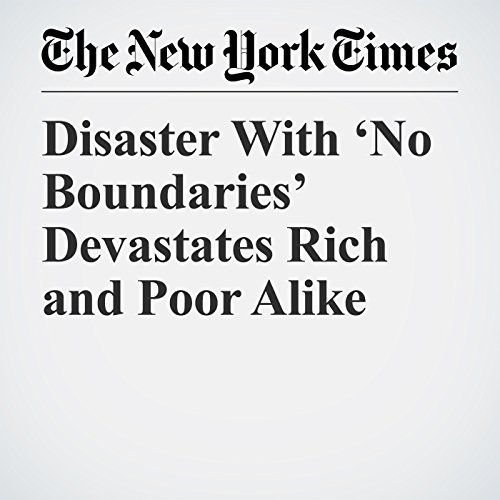 Antonio Armenta paid $45,000 for the little white house with the arched kitchen doorway by the train tracks in northeast Houston, where he is raising his children on construction-worker sweat in the blue-collar neighborhood of El Dorado-Oates Prairie. When the flood hit, he was $400 away from owning it outright.

"Disaster With ‘No Boundaries’ Devastates Rich and Poor Alike" is from the August 31, 2017 U.S. section of The New York Times. It was written by Julie Turkewitz and Audra D.S. Burch and narrated by Barbara Benjamin-Creel.