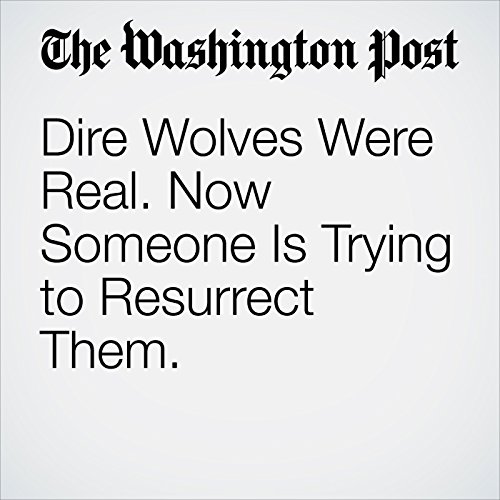 Dire Wolves Were Real. Now Someone Is Trying to Resurrect Them.

“Game of Thrones” viewers who were hoping to get another glimpse of direwolves were disappointed on Sunday night. The wolf Nymeria did not reconsider her rejection her former human companion, Arya Stark. Jon Snow’s journey to Dragonstone did not feature Ghost as a sidekick. Their absence will no doubt add to fan grumbling that the series has sidelined the computer-generated predators.

"Dire Wolves Were Real. Now Someone Is Trying to Resurrect Them." is from the July 31, 2017 Animalia section of The Washington Post. It was written by Karin Brulliard and narrated by Sam Scholl.